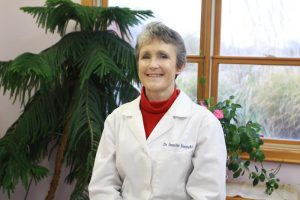 Dr. Jennifer Boatright grew up on a farm in Southwest Missouri. She graduated from the University of Missouri Columbia College of Veterinary Medicine in 1990 with a bachelor’s degree in Animal Science and her Doctor of Veterinary Medicine degree. Upon graduation she moved to Sedalia with her husband to his family farm and joined the Thompson Hills Animal Clinic staff.

Dr. Boatright and her husband raised their two children on the family farm just east of Sedalia with their herd of cattle, goats, sheep, horses, cats, dogs and chickens. Her hobbies include working outside, gardening, reading, horseback riding and spending lots of time with her family and church.

Understanding the benefits of high quality medicine firsthand from her recent treatments for breast cancer, Dr. Boatright has an increased passion to provide this same level of medicine to her clients and their four legged family members. Having benefited from the compassion, listening ears and earnest response to her needs from a great medical staff, she desires to treat her clients and their pets with the same degree of care. 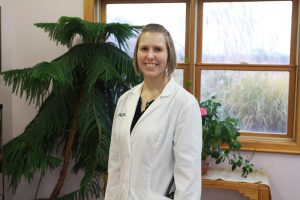 Dr. Giffen was born and raised in St. Louis, Missouri. She is a 2005 graduate of the University of Missouri College of Veterinary Medicine. She joined the staff of Thompson Hills Animal Clinic in June 2005. Dr. Giffen and her husband Beau reside in Sedalia with their son Seth and their cat Fuzz. Dr. Giffen’s interests include scrap booking, reading, playing volleyball, and spending time with her family. Her veterinary interests include dermatology and ophthalmology. 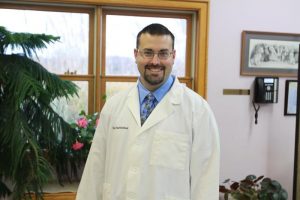 Dr. McNeal was born and raised in Sedalia. He graduated salutatorian from Smith-Cotton High School in 2003 where he received a full academic scholarship to the University of Missouri-Columbia. He graduated from the College of Veterinary Medicine at the University of Missouri in 2010. He has decided to give back to the community which had done so much for him and practice Veterinary Medicine here in his home town. 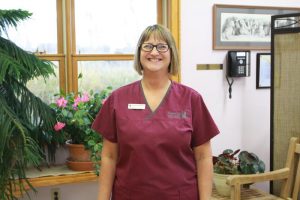 Debbie Spalding brings over 30 years of experience as a Registered Veterinary Technician to Thompson Hills Animal Clinic. She has enjoyed working as an RVT with large and small animals since her graduation in 1985.

Debbie resides in Concordia with her devoted husband of over 30 years, Craig, and 5 wonderful children: Mallory, Trevor, Haley, Shelby, and Conner. She has also gained a new son-in-law this year, Matt who is married to Mallory. They have a wide variety of animals on their 5 acre farm, and she is an active member of Missouri Veterinary Technicians Association (MVTA) and North American Veterinary Technician Association (NAVTA). 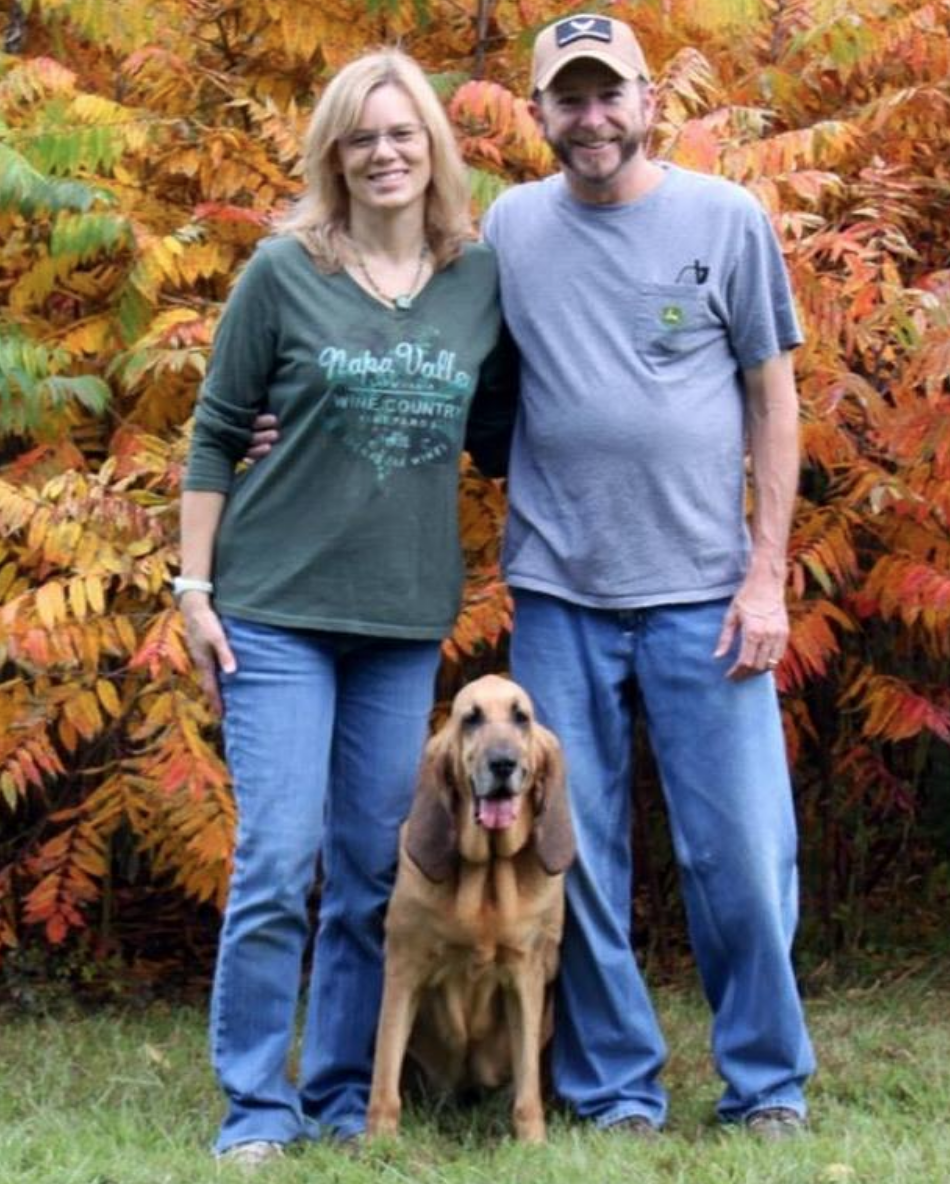 Rhonda has been working in the veterinary field since 1991, becoming a registered veterinary technician in 2006. She has been part of the Thompson Hills Animal Clinic team since 2005.

Rhonda has been happily married to her husband Mark for over 16 years and has two stepdaughters and a son in law. She also has a furry Bloodhound daughter Georgia and two cats. In her limited free time, Rhonda loves hiking, gardening, camping, traveling, photography, and is a very active member of the Pettis County K-9 Academy dog club. Life is good! 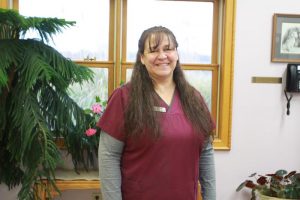 Cindy Meyers is a Certified Veterinary Technician and a 1993 graduate of Bel Rea Institute of Animal Technology in Denver Colorado. She has a love for birds and most exotic animals and spent the first 7 years after graduation as a part owner of a bird grooming business that serviced the entire Front Range area of Colorado.

In 2002 she began work at a small animal practice in Boulder Colorado and worked there until her husband was transferred in November of 2009. She worked at a small clinic in Clinton, for 2 years after coming to Missouri and joined the team at Thompson Hills Animal Clinic in December 2011.

Cindy and her husband Mark live on 5 acres in Warsaw with their oldest granddaughter, Naomi. The family has been involved with karate since coming to Missouri and they are all 1st degree black belts in Shotokan Karate.

Cindy enjoys animals of all kinds and home just wouldn’t be home without them. She has 2 horses, 1 dog, and 4 cats. She really loves fishing and spending time in the quiet of the Missouri countryside. 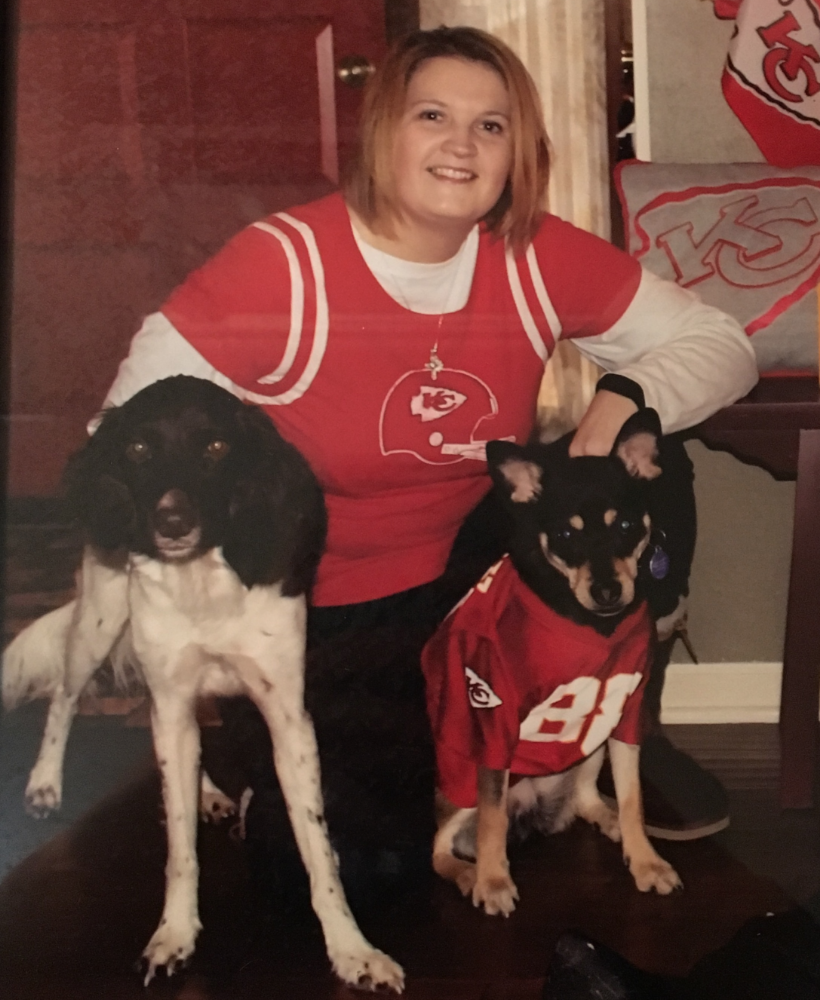 Kim grew up in Sedalia and graduated from Smithton High School in 2000 and in 2006 graduated from Kirkwood Community College with a Veterinary Assistant Certificate. After graduating from Kirkwood, Kim moved to Bryan Texas where she worked at Texas A& M University Research Lab as well as Kingdom Animal Hospital as a Veterinary Technician. After living in Texas, Kim decided to move back home so she could be closer to family. She then joined the team at Lifetime Animal Center in Warrensburg working there for six years. Kim has recently joined the team at Thompson Hills Animal Clinic in July, 2016 and is much happier being closer to home. Kim lives here in Sedalia with her 2 cats Tess and Gracie and has added a new addition to her furry family, Reuben, a terrier mix puppy. 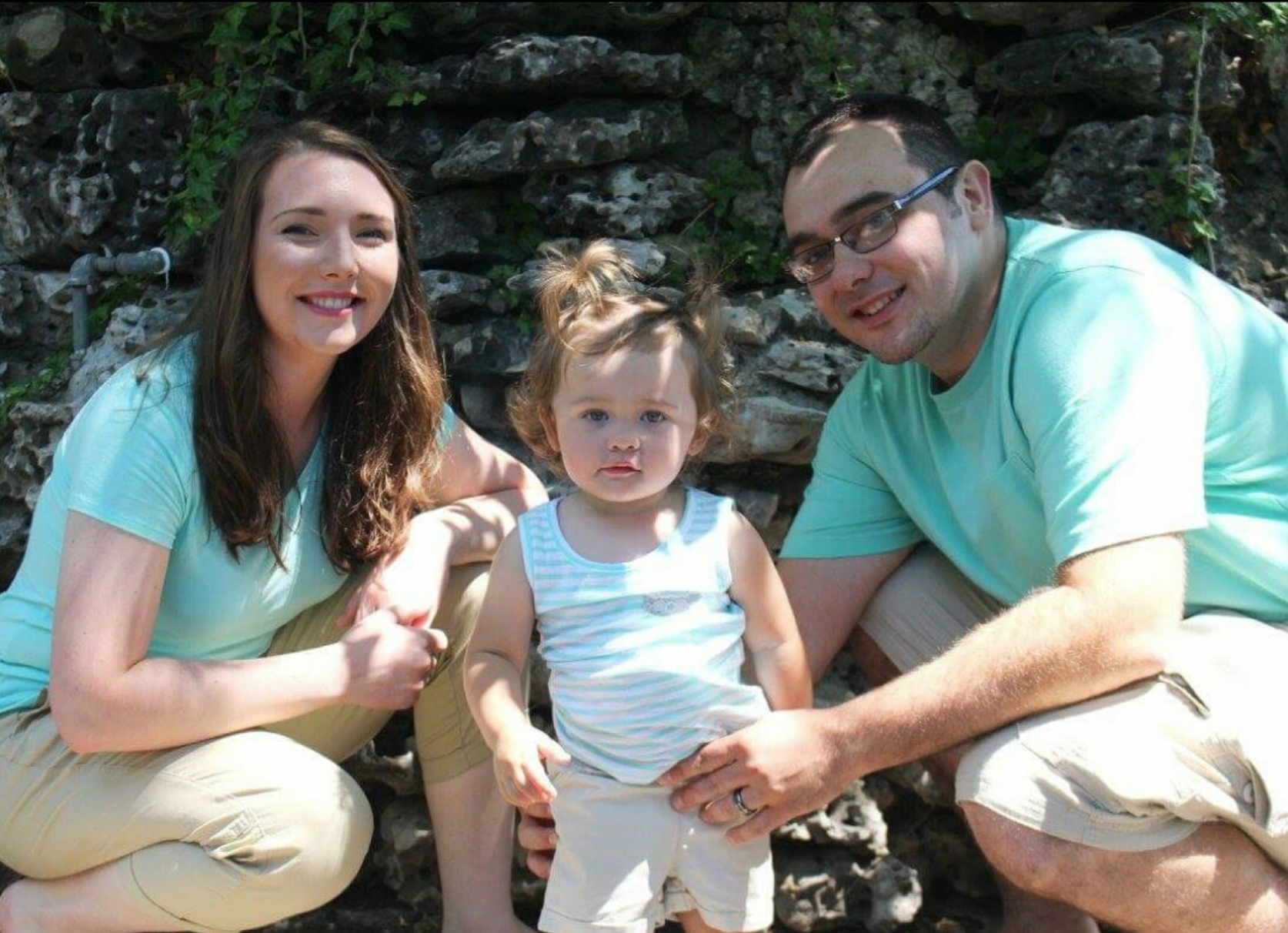 Danielle was born and raised in the Pettis/Benton County area where she was exposed to many different farm animals, wildlife, and house pets. At the early age of 3, she knew she wanted to work with animals when she grew up. In 2013, Danielle graduated high school and started attending State Fair Community College to pursue a degree in Pre-Veterinary Medicine. Shortly after she started college, she job shadowed at Thompson Hills Animal Clinic and was hired on part time as a Kennel Assistant. Three years later, Danielle was promoted to a full-time Veterinary Assistant. She and her husband Edwin are newlyweds and are the proud parents of a beautify baby girl named Zada. They also have 3 happy dogs, a Pit Bull, a Red Tick Hound, and a Rottweiler mix.

Diana was born and raised in Missouri and is a junior in high school. She enjoys horseback riding, photography, and drawing. Diana also enjoys spending time with her Chihuahua named Rose.

Diana started job shadowing here at Thompson Hills Animal Clinic in March, 2016 and was offered a permanent position in April. She wishes to pursue the animal field and go into the career as a Veterinary Technician. 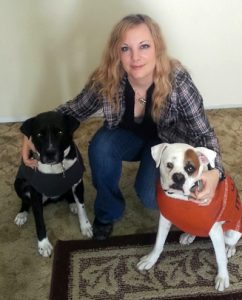 Christina Pangburn has been a part of Thompson Hills Animal Clinic since July, 2012. Her interests include traveling and being outdoors, reading, and makeup artistry. She has two furry family members; Izzy, a boxer and Pepper, a boxer/lab mix. She and her husband Justin live in the Smithton area and have been married since 2011.

Font Resize
Contrast
Accessibility by WAH
Call Us Text Us